How many public holidays are there for Thingyan Festival and Myanmar New Year?


Thidingyut festival is a nationwide festival in Myanmar, so five or more holidays are declared by the government to observe the festival.


During those holidays, people go to their parents, grandparents and teachers to pay obeisance. They show their respect by giving some food and some kinds of medicine to them. Moreover, the 'Maha-pa-wah-rana' festival is also observed in some towns. People arrange to offer some suitable objects, such as clocks, robes and bowls, to the Buddhist monks.  (Nowadays, some people offer modern appliances, such as fridges and coolers, and some kinds of furniture such as cupboards.) They hang those small objects on some wooden frameworks of different shapes. Those frameworks are known as "Pa-dae-thar-pin" and four people can lift them easily. 'Pa-dae-thar-pin' means 'tree of multiple objects'. Some small objects and money are hang on Pa-dae-thar-pins. From all different wards and quarters, people do their Pa-dae-thar-pins very pretty to compete with others'. On the 13th and 14th waxing days  of Thidingyut, people send them to the monastery where there is 'Maha-pa-wah-rana' Hall.  Some funny people group each other to dance some traditional dance, such as 'U Shwe-yo' and 'Ta-nge-daw' dances, playing the Owe-si, Doe-pat, Bamboo Claps and other instruments on the way to the monastery.  ('U Shwe-yo' dance is a type of two performers' dance to play at being as the couple of U Shwe-yo and Daw Moe.   'Ta-nge-daw' dance is a dance that a dancer dances and performs as a young boy. 'Owe-si' is a type of long drum, 'Doe-pat' is a type of short drum and 'Bamboo Clap' is a musical instrument that is made by bamboo and it is like a clap.)

At night, people light oil lamps in front of their houses and on the brick walls of the enclosures as the offers. (Nowadays, candles are used instead of the open oil lamps.) They send up hot-air balloons to offer the lights to the Buddha. Their children explode fireworks and firecrackers to enjoy the festival. Moreover, people light one or more thousand open oil lamps at the pagodas or monasteries as an offer.   1The essence of Thidingyut lighting festival is that people aim at offering the lights to the Buddha. According to the Buddhist scriptures(i), the Buddha went down to Sin-gat-sa-nago(ii) from the Ta-va-tain-sa divines' realm(iii) on Thidingyut full moon day after he had taught San-toat-sita(iv) and other divines Abhidhmma(v) during three Wah months(vi).   When he came down there in the evening, many people welcomed him to the town by lighting lamps. People were delighted at the sight of the Buddha's appearance with the delightful aureole in the sunset. From that moment on, people have loved to offer lamps at night. Myanmar people have lit open oil lamps on Thidingyut full moon day every year because of this purpose. Moreover, the aim of sending up hot-air balloons is also to offer light to the Buddha. (Thidingyut festival is not the same as Ta-saung-taing festival in Myanmar.) Even those children, who set fireworks and firecrackes off, enjoy the festival not only for fun but also for this purpose, in general. { (i) The Buddhist scriptures are known as 'Pitakas'.  (ii) Sin-gat-sa-nago was a city in the Era of the Buddha. (iii) Ta-vain-tain-sa divines' realm is one of the six realms of divines and the second level realm  where is the second nearest to the World of Human Beings and is situated on Mount. Meru, according to the Buddhist scriptures. (iv) San-toat-sita is a divine from Toat-sita Realm that is upper than the level of Ta-va-tain-sa Realm. According to the scriptures, Maya, the Buddha's mother, became Sam-toat-sita divine  in the hereafter after her death. (v) Abhidhmma is the third doctrine in the Pitakas and it has seven parts; the observers and Buddhist monks often say it the deepest in thoughts.  (vi) Three Wah months are Wah-so, Wah-khaung and  Taw-tha-lin  in general. It is, in other words, a period of the monsoon retreat when the Buddhist monks stay at the designated monastery and they don't go far anywhere else because they observe a lot of percepts of the monks during this period. It is a long period of sabbath, too. The period starts on Wah-so full moon day and its end is on Thidingyut full moon day. Sometimes, the period lasts four months in the leap years according to the Burmese lunar calendar; the first Wah-so, the second Wah-so, Wah-khaung and Taw-tha-lin. }

People remember the special event of 'Abhidhmma Day' when the Buddha had taught the divines Abhidhmma in the Ta-va-tain-sa Realm during three Wah months and it was finished the act of giving the teachings on Thidingyut full moon day.  3The essence of Abhidhmma Day is to be grateful very much to our parents because the Buddha taught Sam-toat-sita  Abhidhmma  as a deep sense of gratitude. Our parents have the great consideration in fulfilling their children without any expectation that their children will give something back to them, so we should have and give a consideration back in their benevolence, i.e., we should have a deep sense of gratitude to them. That is why, the Buddhist people go to their parents houses and pay obeisance to them  on Thidingyut full moon day. Moreover, they pay obeisance to their elders who have the great consideration in their needs.


(The Buddha also taught Ven.Sarri Potta Abhidhmma near Lake Anaw-dabba in the Himalayan forests every morning during three Wah monts while he was teaching the divines Abhidhmma in Ta-va-tain-sa realm. According to the Buddhist scriptures, the Buddha went down to Lake Anaw-dab in the Himalayan forest every morning during three Wah months for his ablutions. Then, he went to Ottara-kuru for his meal before noon. He came back to Lake Anaw-dab and had his meal near that lake. Ven.Sarri Potta came to him and the Buddha taught him Abhidhmma again. He taught it to the other 500 monks again, thus we can learn Abhidhmma nowadays. However, the Abhidhmma scriptures we learn today is just the brief of Abhidhmma that the Buddha taught Ta-va-tain-sa divines.)

The Thidingyut seasonal music diffuse in all streets and roads in those towns that observe Maha-pa-wah-rana festival. People enjoy the festival very much by acting different performances and dances. They go round the town, sing many songs, dance and act performances. Especially, Thidingyut Maha-pa-wah-rana festival in some towns is famous for its Tham-chats1. (1. Tham-chats are the antiphonal chants sung by a group of people about matters, such as prices, social reforms and politics. It is a type of chants usually sung to make a positive critical remarks honestly and to make a stand against losses of people what are happening in the country.) Tham-chat groups go round the town and sing those antiphons on decorated Thidingyut floats. (A Thidingyut float is like a Thingyan float.) They compete each other to get the gold medals or prize. The town committee awards the first prize to the best 'Tham-chat' band. It delights the people that the groups wish each other 'Good luck!', 'Be healthy!' or  'Be successful!' saying each other's names when the floats face each other in streets and roads in the town.

Don’t forget, please! Visit Chaung-U where is famous for its Maha-pa-wah-rana festival. It's my native town!! J


Visit there once! You'll enjoy it so much and never forget it!!

Websites you should visit;
www.dhamma.worldofwisdom.asia

In general, Myanmar Thingyan festival comes on the 13th of April every year. However, Myanmar people doesn't say that Thingyan really comes on that day, i.e., they start to enjoy the water festival on April 14. The festival usually takes four days, in general.

However, the festival totally takes five days in leap years according to the traditional Burmese lunisolar calendar. In leap years, the festival goes in such a way of one A-kyo day, one A-kya day, two A-kyat days and one A-tak day.

During the Thingyan days, a lot of Myanmar people do good meritorious deeds like observing the Eight Percepts, including having only meal before noon, performing hair washing for the elders, paying their respect to the elders, releasing fish into the lakes and rivers, and providing free food to those people who comes from all directions, etc.

One distinct thing of Thingyan festival is the padauk flowers.
The padauk (Pterocarpus macrocarpus) blooms but one day each year during Thingyan and is popularly known as the "Thingyan flower". (http://en.wikipedia.org/wiki/Thingyan )
It is sure that padauk flowers cannot be separated from Thingyan.

One famous thing of Thingyan festival is Thingyan dance, a Myanmar traditional dance. By nightfall on the first day, the ceremony of "Thingyan Welcome" is held with competition of dance and decorated Thingyan cars. A lot of traditional dancer bands start to entertain those people who comes to watch. They compete with each other. Among those bands, the best bands are rewarded on the final "A-tak day".

This Thingyan festival is well worth for being observed by foreigners and tourists from all over the world. A lot of Myanmar people is waiting for you to welcome friendly and warmly with their smiles. Just visit there once, then you'll never forget it! 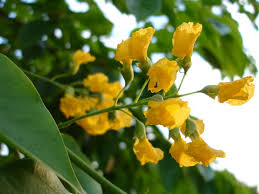 ZAW WIN HTET Blog wish you all: HAPPY MYANMAR NEW YEAR!!!May all Myanmar people be happy and peaceful physically and mentally.
Posted by ေဇာ္၀င္းထက္ at 8:46 PM No comments: